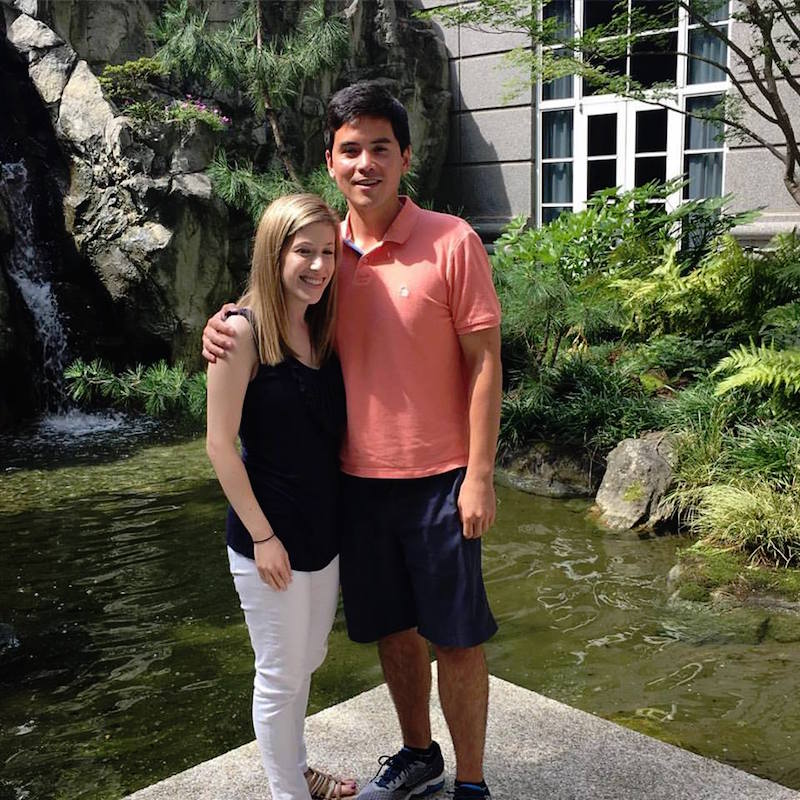 Eventscapes Atlanta was honored to work alongside wedding planner Terry Saxe (SpecialTevents) as the floral designer for the Briskin/Tansantisuk  October wedding held at The Grand Hyatt Hotel in Buckhead. Jennifer and Austin were a lovely couple to work with, and their family just as special. Imagine our surprise when we learned that their heartwarming wedding day video with ‘Flower Grandpa’ (which we played a small part of) was picked up by the media and had gone viral!

Enjoy a re-print of the article and their wedding day story below – originally published by FOX 5 Atlanta on October 28, 2016. Or, link to the online story here:  https://goo.gl/rzLC7A

A Buckhead bride showed her true love for her grandfather this month when she gave him a very special place of honor in her wedding. Jennifer Briskin, of Brookhaven, and Austin Tansantisuk said “I do” on October 1 at The Grand Hyatt hotel on Peachtree Road.

Jennifer, a School Psychologist, told FOX 5’s Katie Museshe has always had a very close relationship with her “Papa,” and that relationship has gotten even stronger as she’s gotten older.  “I grew up about ten minutes away from where he lives and we spend a lot of time together, ” she said. “Every Sunday we walk around Chastain Park.” 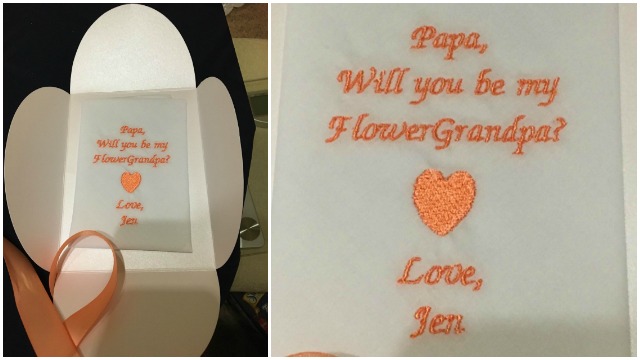 Jennifer gave Stanley an embroidered handkerchief seven months before the wedding that said “Papa, Will you be my Flower Grandpa?” At first he said yes, but as time passed, he didn’t seem to remember he had accepted, so Jennifer asked him again a few months later. “He was so excited, he had a very happy reaction.” However, Jennifer’s grandmother wasn’t too enthusiastic.

“She was worried I was going to make him dress like a flower girl, so we had to convince her and he wanted to get her permission.”  Jennifer said her grandfather was a little nervous leading up to the wedding, and would practice “walking” down the driveway with her sister.

October finally arrived and Stanley made his debut as “flower grandpa,” leaving guests with an unforgettable memory. Jennifer said as she was about to walk down the aisle, she could hear guests laughing. “I could kind of see through the doorway when he walked out,” she said. “He started throwing petals on top of my guests instead of on the aisle. I think between the adrenaline and excitement, he got a little confused.”

Jennifer said it was constant laughter and her guests loved it.  “We had guests come up to us the rest of the night, telling us how memorable it was,” Jennifer said. “People joked he could do this as a side gig.”

Thanks to Daneman Video Productions, Jennifer’s videographer, the heartwarming moment was captured on camera. “I’ve seen many unique ideas in my 25+ years in this industry but this is a first!” videographer Mary Daneman told FOX 5. “Jennifer’s grandfather as the flower girl was one of the funniest things I’ve ever filmed at a wedding! He threw the petals at the guests instead of down the aisle! The guests broke out into laughter as well as her groom, Austin. It was such a funny and unique moment!”

Jennifer said since her story has started to go viral, her grandfather has been laughing, saying the whole thing is hilarious. “He tells me when I call that I have to speak with his agent.”  Jennifer told FOX 5 she’s very excited her grandfather’s wedding role is gaining attention, describing him as a kind and generous person who spends most of his time doing things to better the less fortunate in the Atlanta community.  “He doesn’t like being recognized for charity work and always remains anonymous, so I think it’s nice I can put him in the spotlight for a minute for something that is so special because his seven grandchildren are such an important part of his life.”